A Lesson Learned From Our 'Mother Hen"


Yesterday Lindsay came over and added chicken wire to the old dog run where we have the smaller chicken coop.  This is where we move chicks when they outgrow the brooder.

These chicks have really done that, but since we have a hen with them, she kept knocking the waterer over in the brooder.  So Tim bought chicken wire and he and Lindsay had discussed how to arrange it and she, with Kyle for an assistant got it all set up. 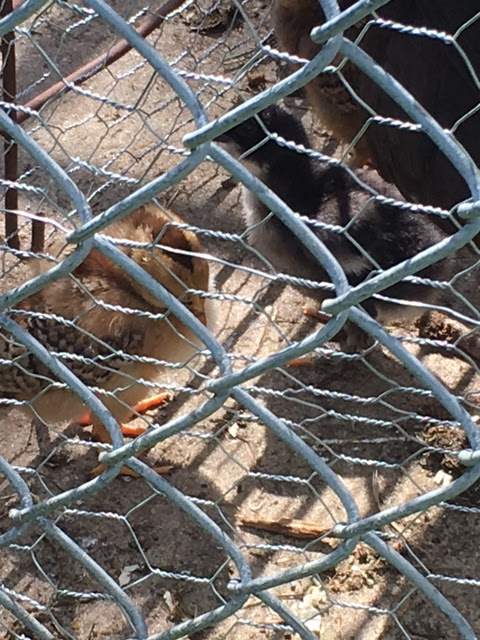 You can see that the lighter chicks are getting their feathers.  The little dark one is a week younger than the oldest two.  The third chick was born in between. 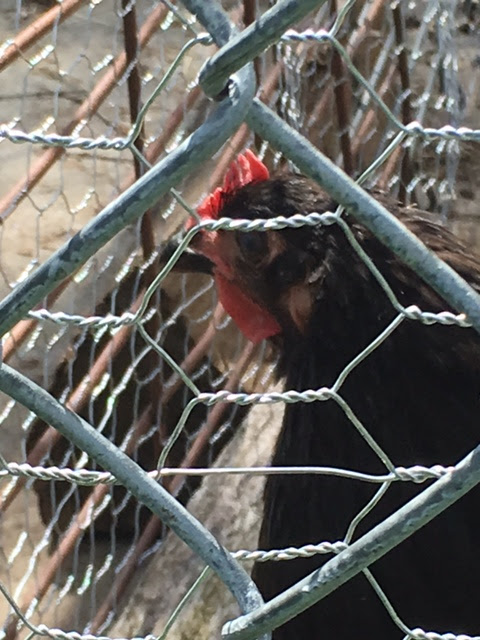 She has been a good mama. 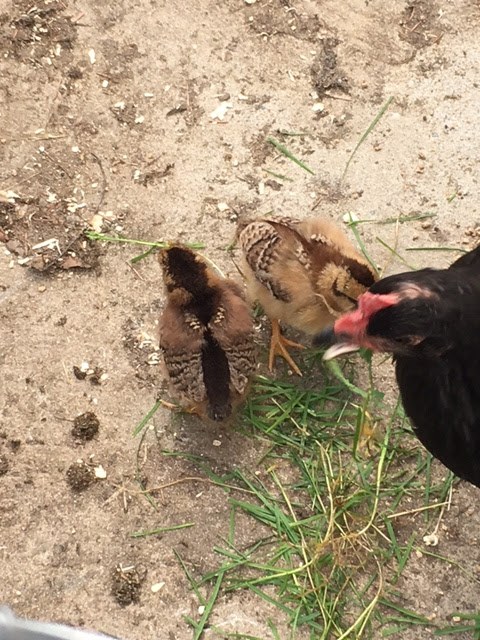 The little chick with it's back to us is the one born in the middle of the week.


I've observed something interesting by watching this hen with her chicks.  We've never had a hen raise chicks before, because we always have just bought chicks.

They follow her and stay close by.  She moves - they move.  She pecks the ground, they come right where she pecked and peck the ground too.  She is constantly teaching them, pointing out something good to eat - basically teaching them how to be chickens.  The phrase "Mother Hen" came to mind yesterday watching them.  I haven't heard it used in many years but in my mind it had a negative vibe.  Sure enough look at what Merriam-Webster dictionary online says about it -

Now, in everything I observed the Mother Hen was not/is not being negative in her care of the chicks - she is protecting them, caring for them and teaching them.

It made me think about mothers in general.  This is our role as well, to care for our young, to protect them, and teach them.  Animals of course mature into adulthood very quickly compared with humans so we have our mothering work for much longer.  But these chicks will be good chickens because of the 'mothering' this hen has given to them.

As I observe our society/culture I see many mothers who were not really mothered themselves, and who in turn don't know how to mother.  But they don't really know that.  We can tell by the way that the mothers don't have control of their children, or that they feel they must only be 'pals' with their kids, or many other things we've all observed when we are out in public.  They yell at their children because they are frustrated.  They don't know how to train their children to have self control, to listen, to follow directions, to not interrupt, to sit quietly in a restaurant.

This last one is fresh on my mind because when Tim and I were out on a date last night there was a toddler who kept screaming.  This was not a quiet restaurant, and it is family friendly.  After several outbursts, I said to Tim, "That kid is not angry or having a fit.  He just likes to scream."  You could tell by his tone he wasn't mad.  Unfortunately for us all, his parents didn't train him at home during meals to sit quietly.  And I don't mean not talk or ask for things, but when Nate worked as a waiter many years ago, he said they hated to see families come in.  I asked why and he said it was because the parents just checked out mentally, the kids threw stuff all over, including standing on seats and throwing food around the restaurant!

I could only imagine the scenes every night in their own homes.  Both Mom and Dad tired after a long day, the kids tired too, and chaos ensues because they don't know how to make it different.

Our young people are in need of mentors.  Someone who can come alongside them and show them that life can be different for their families.  That they can have joy in their relationships with their children, give them ideas of how to make that happen.  I encourage you to reach out to a young mom and walk along side her, be her friend, be someone she feels safe to ask questions because she's not feeling judgement from you.

Let's be Mother Hens (in the good way) to our young mommy friends.  Some of us who are grandmother's have the feeling that 'we've put in our time and now its time for us' or we've just lost touch with people younger than us - we might be too peer oriented.

They need us!  Let's reach out and encourage them, help them out, be a friend to them.

Finally! The peonies are beginning to bloom. These are the ones I forced last week.  I had to help them open up but then they bloomed out ni... 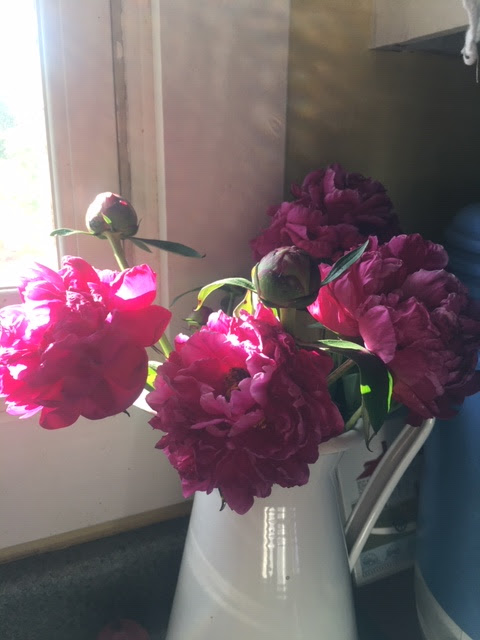