We have two days left in the month of October, then on to the holidays.  It's been a beautiful month.  We've had lots of birthdays, lots of work, we put the garden to bed for the year, we've done school, had tea with friends, bought pumpkins, and mums, cleaned the deck, diffused lots of lovely oils.  I hope yours has been as nice as mine.

1. and 2. Here are a few more photos of my last roses.  They were so beautiful. 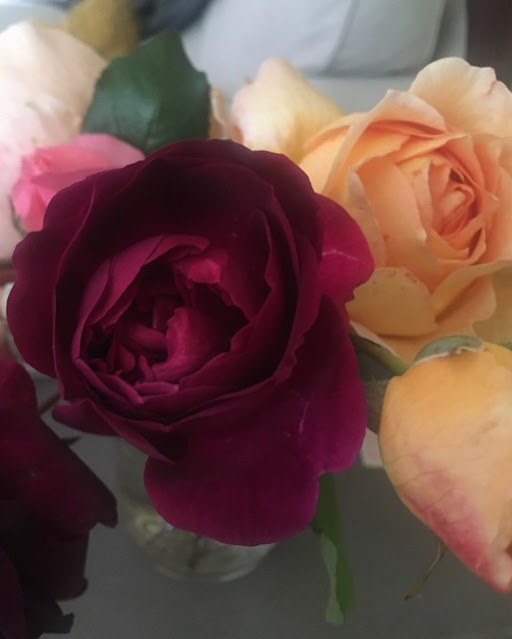 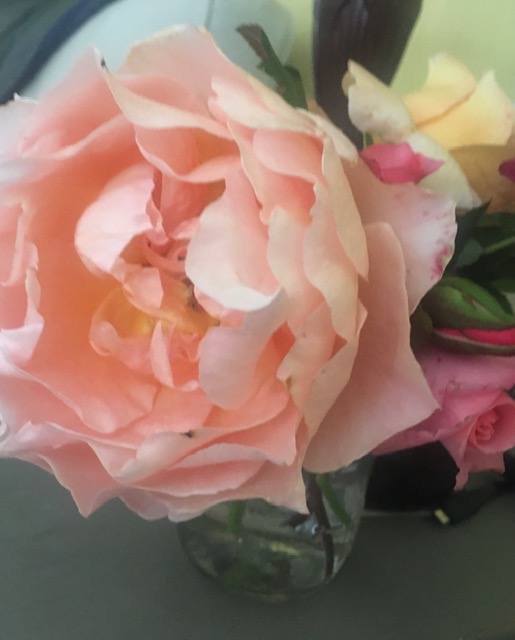 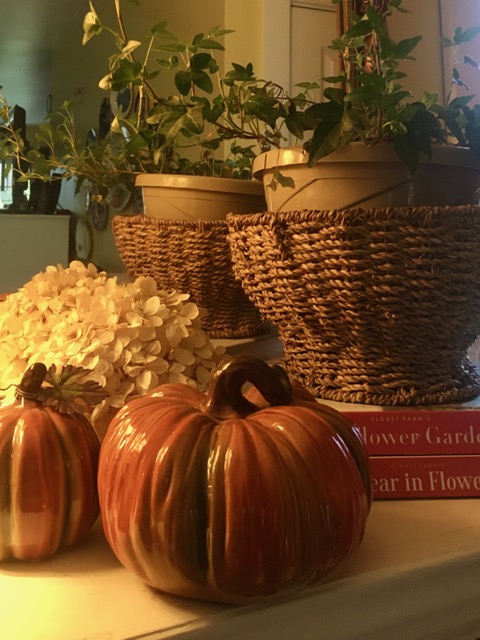 4. Another rainy day photo.  Watson enjoying the spare 'oom bed.  Here he is giving me his 'What are you doing?" look.  I was disturbing his rest by taking his photo. 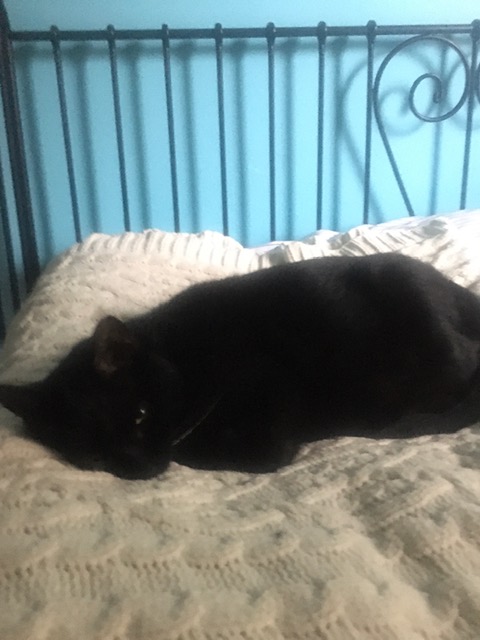 5. Another cowl knit. I can't keep them all, so maybe we'll do a giveaway? I edited this photo to brighten it, and I have no make up on. 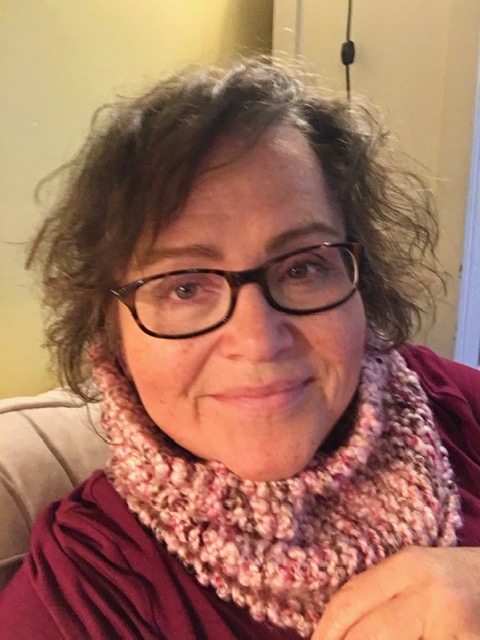 I hope your weekend is lovely.  We are supposed to get our first freeze overnight.
Keep praying for our nation.  I believe that God is awakening people.  On youtube you can see the crowds at Trump rallies.  They are enormous! When we look at MSM they just say things like "two people who attended a Trump rally test positive for the coronavirus."  Dark to light friends.  Don't believe the lies that the media have been feeding us for years.  Research.  Ask yourself why  social media platforms allowed Trumps tax returns (which were stolen) to be shared (which is a felony) and they helped promote the false Russian Collusion narrative, but they won't allow anything about the Bid*n Corruption scandal to even be talked about.  The FBI and DOJ have said its not disinformation, and that the materials are real.  Interesting.  Use a different search engine than g**gle.  Try Duck Duck Go or Ecosia.  You'll find that g**gle has blocked information from being found online.  This is what countries like Ch*na do.  Block information from their citizens, push false narratives.
Do you know what a false flag is?  A false flag operation is an act committed with the intent of disguising the actual source of responsibility and pinning blame on a second party. The term is popular amongst conspiracy theory promoters in referring to covert operations of various governments and cabals
This is exactly what was done to the president to hide the fact that the Bid*ns and others were engaged in activities with the russians and in ukraine.  Or as Gov. C in NY is now saying that the virus deaths are Trumps fault, not his doing by putting corona patients in nursing homes, even when they had a hospital ship, and the other places that were prepared for patients but weren't used.
It's also things that are put out as a distraction. Remember the story a month ago or so that the earth was going to be hit by an asteroid the day before the election?  What happened with that, btw?
If you only use MSM to get your news, then you think one candidate is a sweet ol' guy, and the other is 'orange man bad.'  This is the not the truth.
Okay, I'm done for today.  Much love and care to you all.  Happy Weekend.
at October 30, 2020

Kyle and I got back about 45 minutes ago from dropping Sarah at the airport, She's on her way back to school.  She'll be back in a... 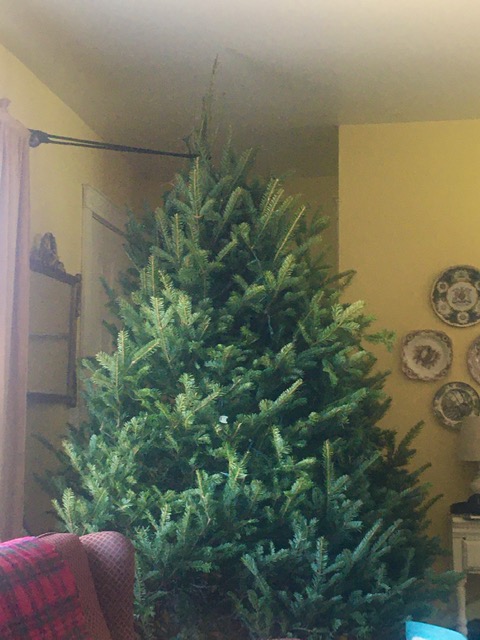