What an awesome weekend we had!

The wedding was beautiful. Rain was forecast for 70% chance at the ceremony time, so on Friday the decision was made to have the wedding and reception in the tent. Thankfully it is a large tent! 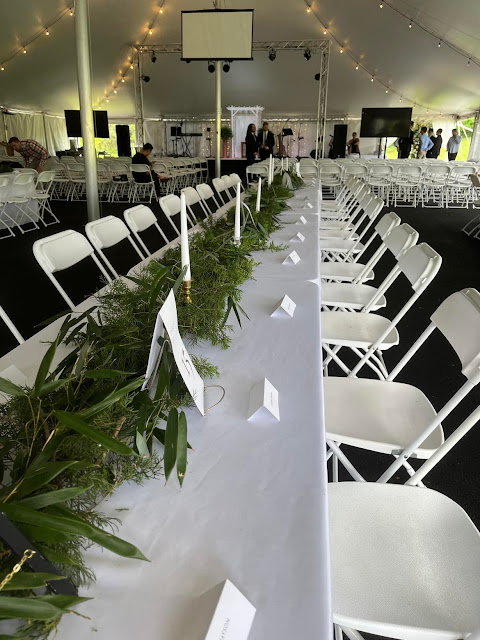 We had a bit of logistical maneuvering to do but it all worked out just fine. The chairs for the service were moved, the rest of the tables put into place, and by the time the receiving line in the back of the tent was finished, everything was in place.
My photos of the flower tower are dark but you can see how beautiful it turned out! It was supposed to be just outside this space to greet all the guests coming in from the ceremony but with everything in the tent, it became a focal point inside the tent. 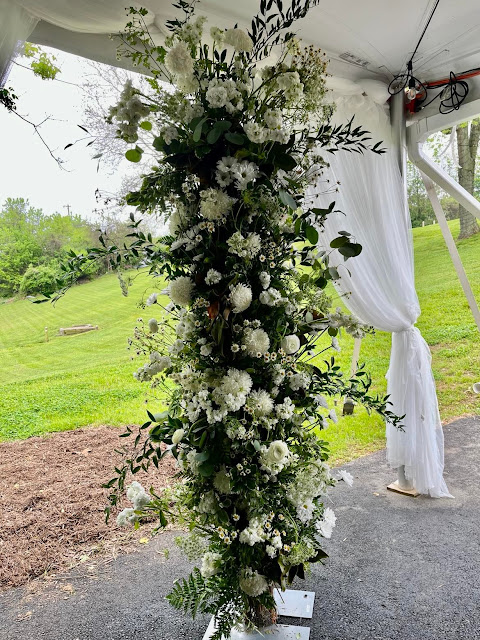 Here is a close up of the flowers. The daisies were added last minute as the groom's mom had them left over from the rehearsal dinner, and the bride loves them. 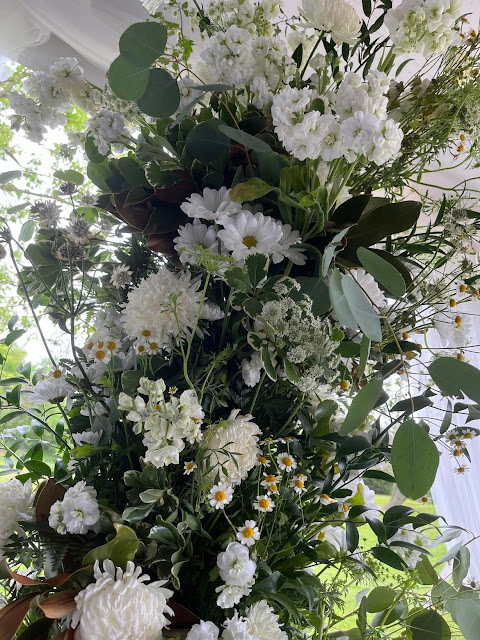 It was very popular for photos and people were enthralled with it! They are a very new thing, so the bride is a trendsetter in their circle of friends! One gal told me that another guest at the wedding was trying to figure out how to make one for a wedding they have coming up! 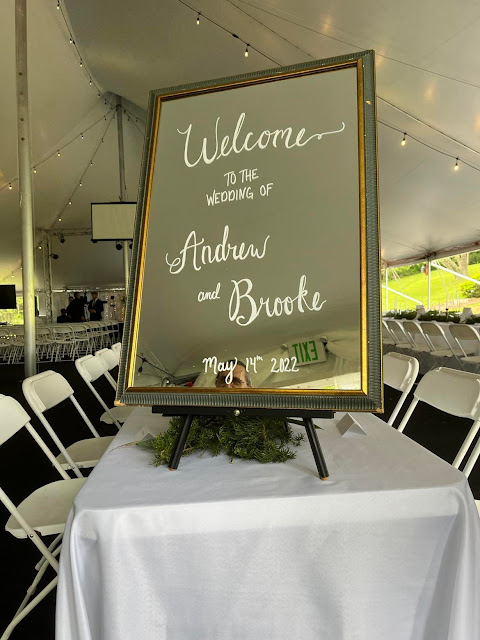 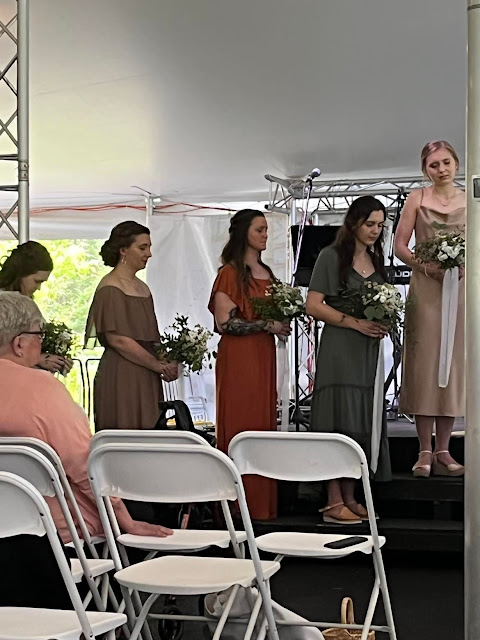 Rachel is in the green dress. She and the bride have been friends for about 12 years. These other girls are the groom's sisters and a sister in law. The brides' sister was the matron of honor, but I couldn't fit her in this shot. This was taken while the parents were up praying over the bride and groom.
Rachel's bouquet in the evening. These flowers really were thirsty! They sucked up the water like crazy! 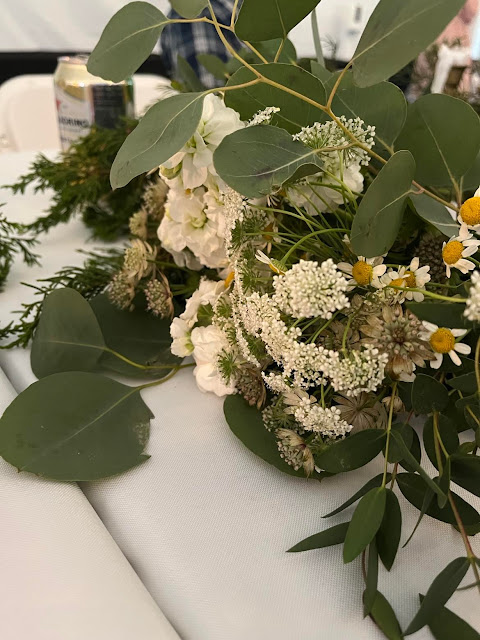 We sent the bride and groom off with sparklers lighting the way, and then clean up began. I will show you more photos as I get them. I can't believe I didn't get any of the bride and groom!
The people of their church pitched in to help, and it was all clean and tidy in no time! I took this photo as Tim, Kyle and I left. Just a few trash cans to put away and chairs to place. They were ready to have church the next morning. 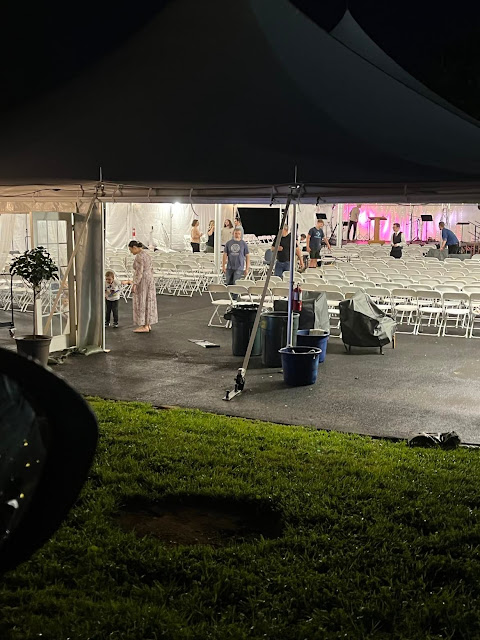 Yesterday was my Mom's birthday, and so I made her favorite cake and some family came over to celebrate!
Today is Weston and Rachel's Anniversary! Two happy years of marriage! 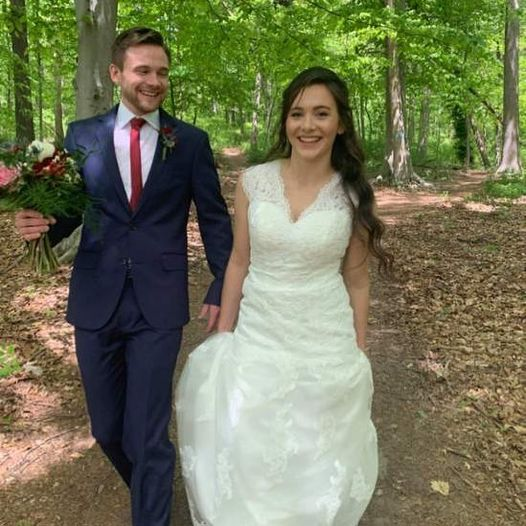 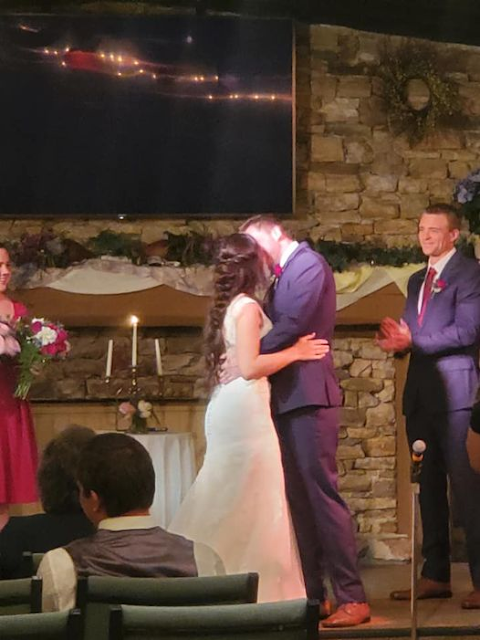 I love how each bride is unique in what she wants for her florals. My bride this weekend wanted the look of flowers cut from a meadow. They were so lovely. 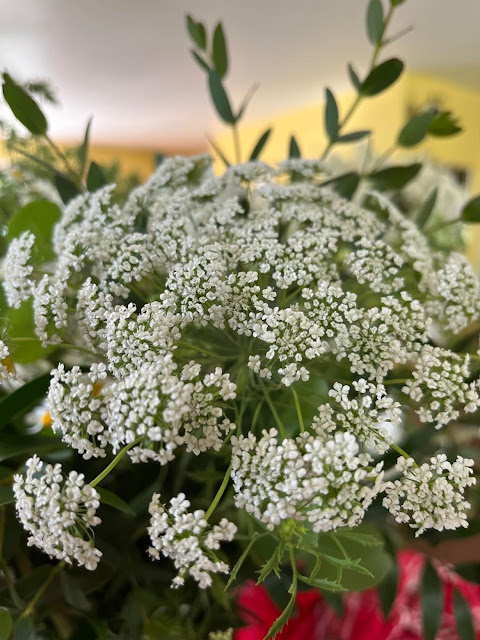 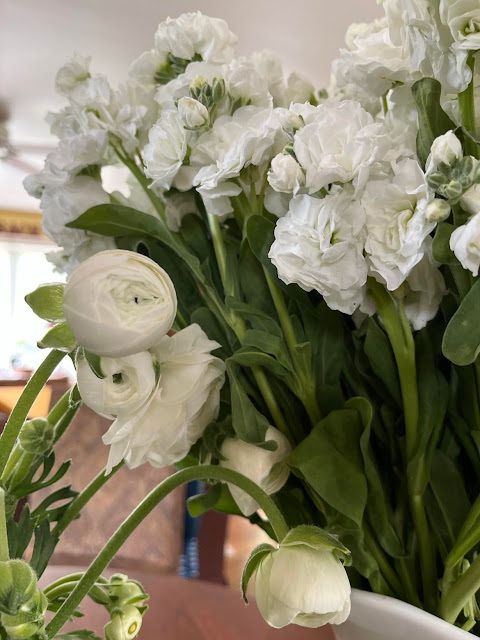 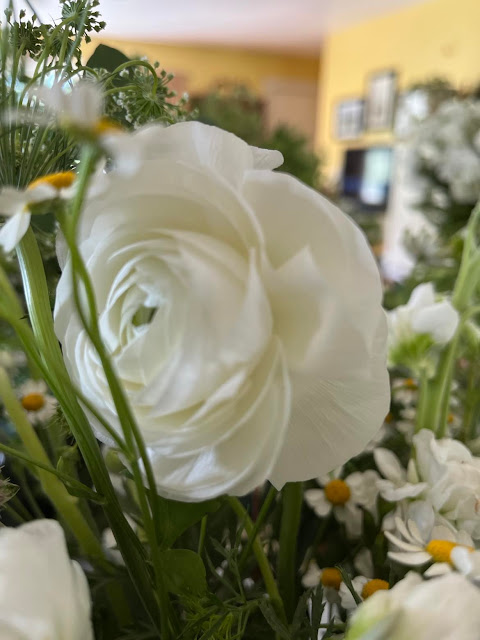 Oh and I forgot to say that the rain did come on the wedding day, and some photos had to be taken in a pavilion, but the rain did stop, and they got their bridal party photos and couple photos outside! 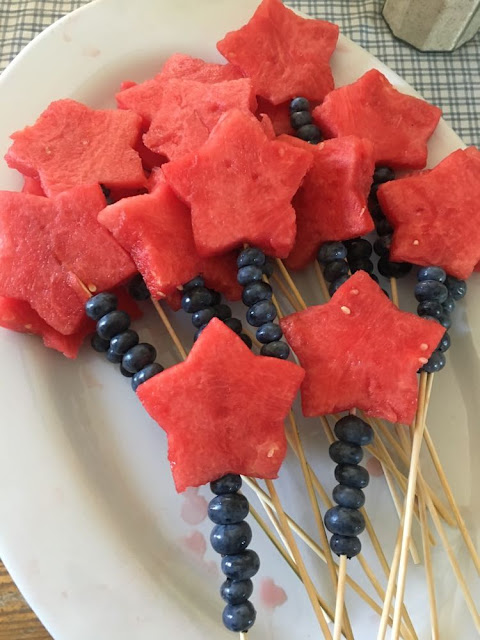