We had a very nice weekend.  On Saturday, the guys helped move Lindsay and Joseph's baby grand piano from my parents house to their house. Joseph's uncle (who is a professional piano tuner/piano mover) had all the gear required other than the muscle! That's where my guys came into the picture!

In the video you see our son Nate with Tim on the back of the piano (the heaviest part) and our sons in law Wes and Joseph up front with Joseph's uncle. Lindsay is there too, holding a strap and Nate's jackets.  It was hot work moving it upstairs from the lower level of the house, but then heading outside it was freezing cold! Tim said it was super easy getting it into Lindsay and Joseph's house!
Proud of them all.
In the afternoon my parents came over for a visit. We had lunch together, talked and talked, and they got home before dark.
L and J gave us an electric fireplace/tv stand that was in their house when they bought it.  Tim brought it home and we did some quick rearranging and viola'! We like it. We can use the flame setting without the heat, which is a really nice feature. We won't be putting the tv here but it's a nice surface for a lamp, a book and a cup of something hot! 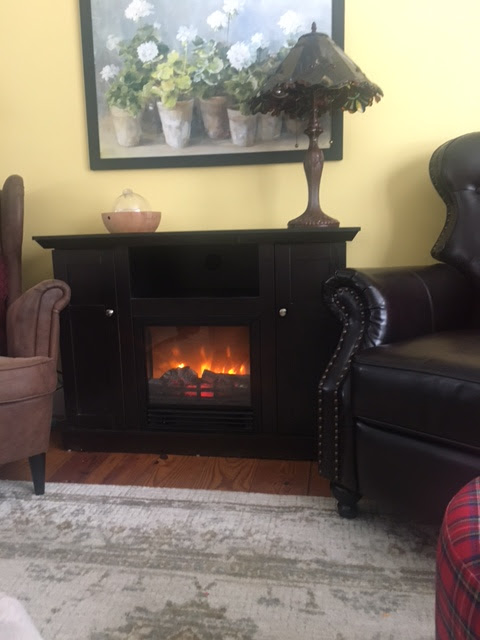 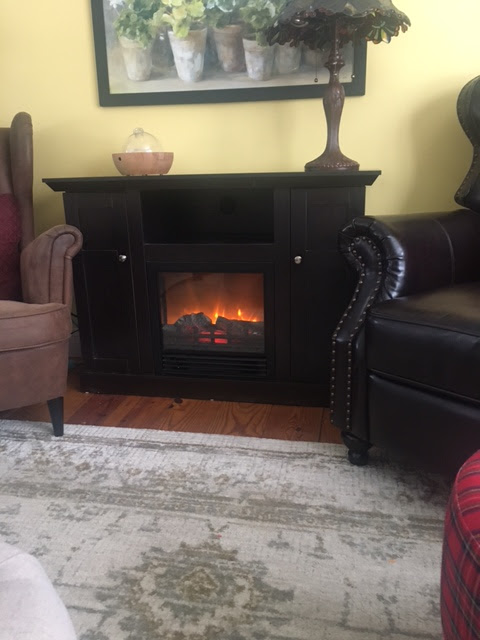 I have a prayer request for a friend of ours, her name is Sue. She fell down the last four steps into their basement yesterday. Our friend Denny was at their house, and he said she fell hard. She hit face first, broke her nose, gashed her forehead, has some cracked vertibrae. She also broke both wrists. She is in her late 60's. She and her husband both have health issues, he has some serious ones, and she is going to have to be in a rehab place for some time. If you'd lift up Sue and her husband John and ask for healing, and wisdom. There is a lot of both needed.
Thanks so much.
Not much else happening here. Well, that's not true. It's snowing again. Five inches due today.
I think we'll have our fireplace going and be cozy.
at February 22, 2021

My pothos and my ivy needed attention, so yesterday, with the sun shining, I felt motivated to give them what they needed. My pothos was f... 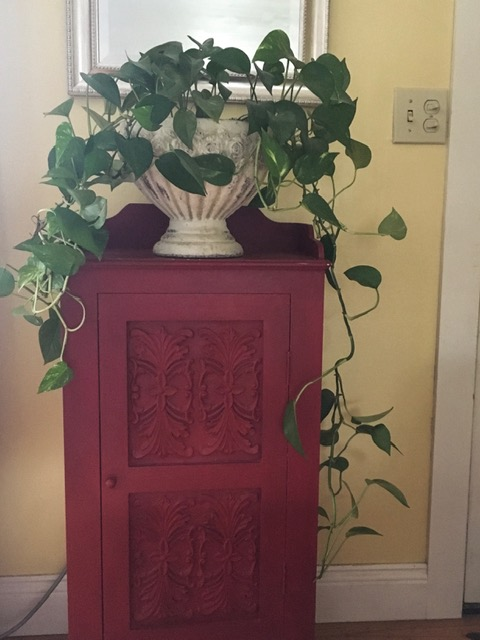