We had a beautiful weekend. The weather has been spectacular!

Friday we did not have family night as several family members went to our local ag fair for the last night of the fair. Also Mom, Dad, Tim and I were tired.

We opted for an easy dinner and a movie. It was a relaxing Friday night. Saturday, I did cleaning of some windows, folded laundry, and did some other household chores. Tim worked on our vehicles, oil change and tire rotation for the van and replaced a U joint on his Tahoe. Then he went to help Lindsay with a tree limb that was hanging down from a tree on her property.

Yesterday, we had church then came home and ate left over ham and scalloped potatoes from dinner Saturday. The grand girlies were with us. They actually went swimming! The water was cold, and Klaire didn't last but Kamryn stayed in for a good hour or so. That was likely the last swim of the season.

We sat out on the deck and watched them swim, then came inside. I took an unplanned nap that felt good, and after reading for a bit, I went outside to sit on the patio. The weather was perfect.

I asked Tim to come build a fire, and he did and stayed out with me. The grandgirls, came out with marshmallows and roasting sticks, and after the fire had burned for a bit and we had some coals, the roasted the marshmallows. 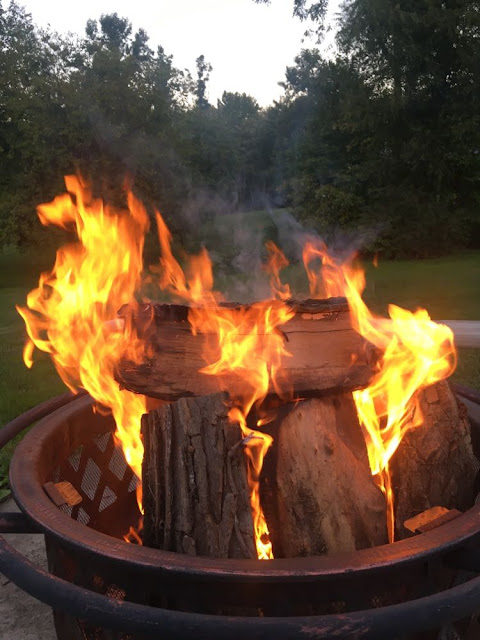 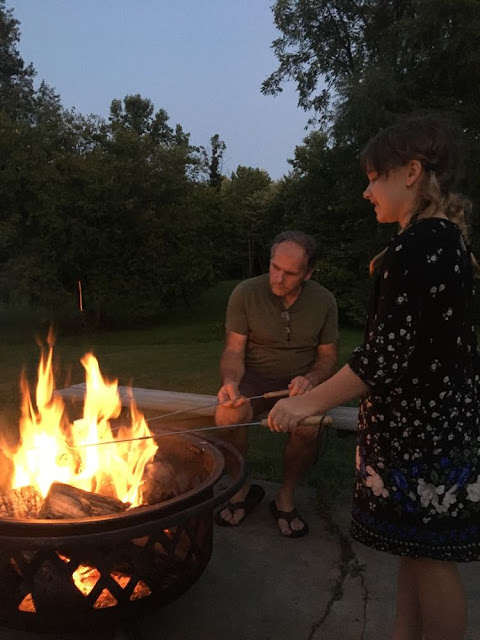 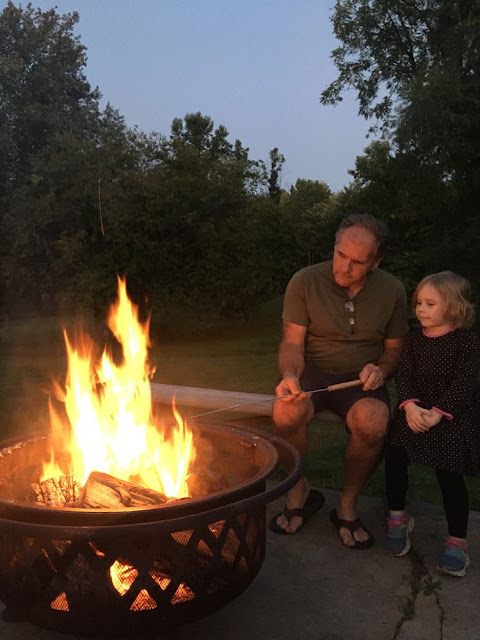 Then the girls went back inside and Tim and I sat watching the stars come out. It reminded me of our old 'deck date' days when our kids were small and we couldn't get away for a date. We'd either put them in bed or get them set up with a movie and sit out on our deck together with a hot drink, and spend time 'alone' together.
It was a nice weekend.
If you don't want any current event news you can skip this portion of my post.
The Arizona Audit was amazing! The msm would like you to believe it shows that Biden won. It does not! It shows that in Maricopa County (which is all that was audited) had more than way more fraud than the amount of votes JB won the whole state by! Like at least 4x the amount! Incredible.
This audit information, didn't show anything having to do with the machines, either, as they still haven't gotten access to them from the county supervisors! What are they hiding?
Also the audit information released thus far didn't give details as to how many of the fraudulent votes were for which candidate, and records of over a million votes were deleted! This is against the law, which states that the records must be saved for 22 months after an election. Very interesting stuff.
It has shown the pattern of fraud (many mail in ballots without signatures were counted, too,) in the election. As Texas is doing a forensic audit, as well as Wisconsin, Michigan (maybe), Pennsylvania, and Georgia (?) it will be interesting to see what kind of fraud happened. Texas will be interesting because that is a state that DJT won. That doesn't mean their wasn't cheating in their elections.
Remember, many senators, representatives, and state office holders may have been put into office through cheating. Both Dem and GOP. Have you ever wondered how some of these people get into office or get the Presidential nomination? When McCain got it, no one I knew had voted for him, so we started to realize that the powers that be, gave him the nomination. I believe its been happening for years.
I believe this audit is the beginning of a lot of information coming out. I believe we are going to see more about the FBI and January 6th soon, too.
Keep the faith, friends! Remember to be praying for people, helping and caring for our neighbors, and our families. May every lie be revealed.

Let's all find a way to tell our government NO! We like our freedom, thank you very much! Take a stand, speak truth to others, help pe... 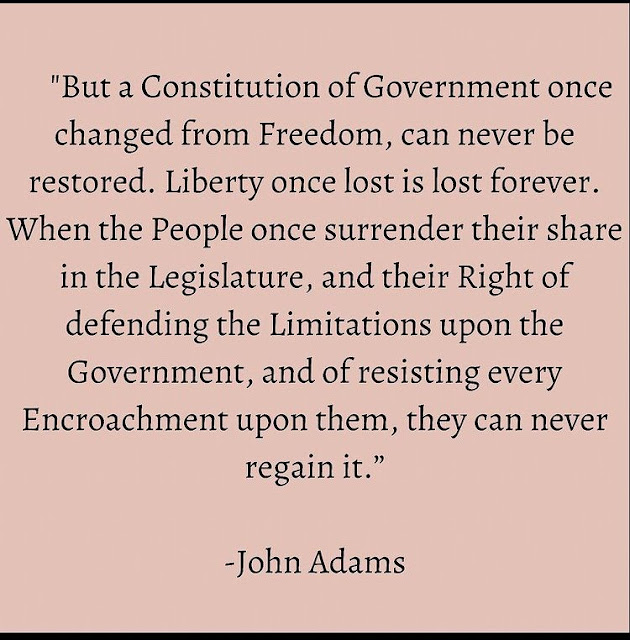