Last week I found a metal chandelier on Facebook Marketplace that looked similar to the style I've been wanting. I messaged the seller, she responded quickly but she was in Greece on vacation. She was back this weekend so Tim and I went to look at it and I bought it.

It's different than my 'dream' chandelier, which would be something a a bit less gothic.  However, this is a high end chandelier that a previous owner had put into the house where the seller lives, and she was wanting to sell them as she replaces them with her own style. I paid $50 for it. 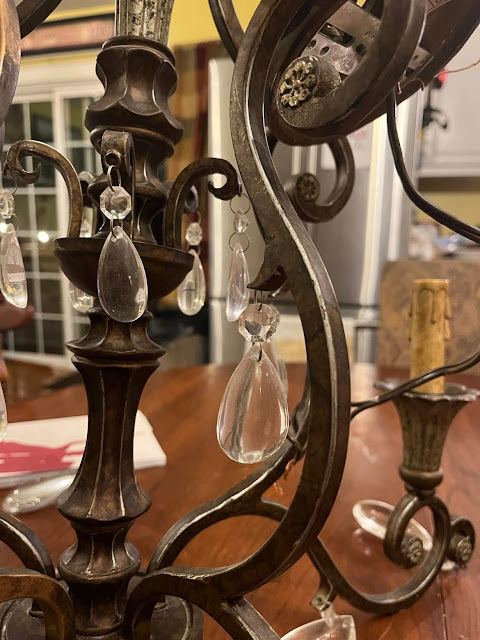 It was not as brass/antique gold as I wanted to I used Rub N Buff on it. 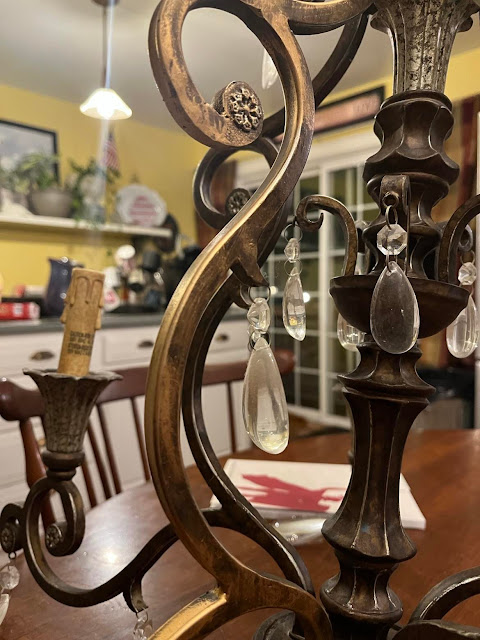 Tim hung it yesterday before lunch. 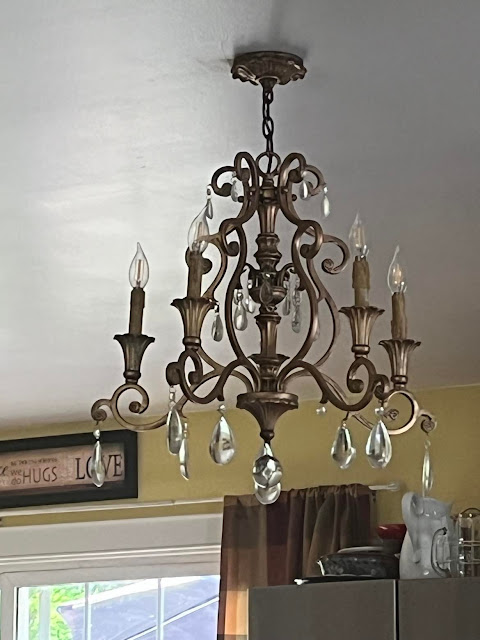 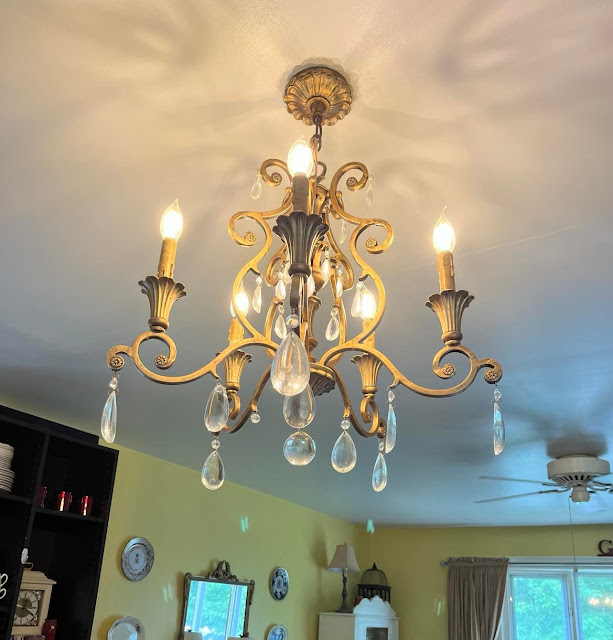 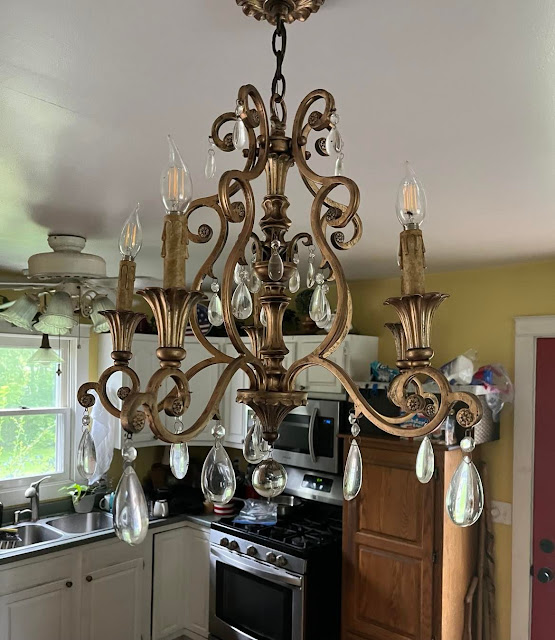 This last photo is in the morning light.

Now I maybe changing out the glass drops on it because I know that I can find crystal drops, and there is one missing on the bottom anyway.

It a pretty addition to our cottage, and a bit more in keeping with my English cottage look.

Yesterday, we had church and then the grands went swimming with a friend who came home with them after church. Later in the evening, Sarah's friends came over for games, and hot dogs. It was good to see them.

I hope you all had a good weekend. It's going to be hot and sticky here this week, but we've had good rain this year, and last night a nice thunderstorm moved through. I haven't had to water my pots at all.

Tell me about your weekend in the comments!

Our sunset last night was very beautiful. The color was a bit deeper than my phone capture shows it. I don't know if I'll be able to... 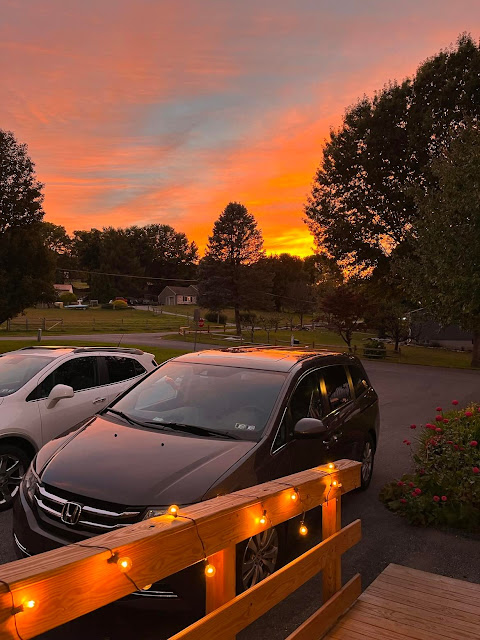