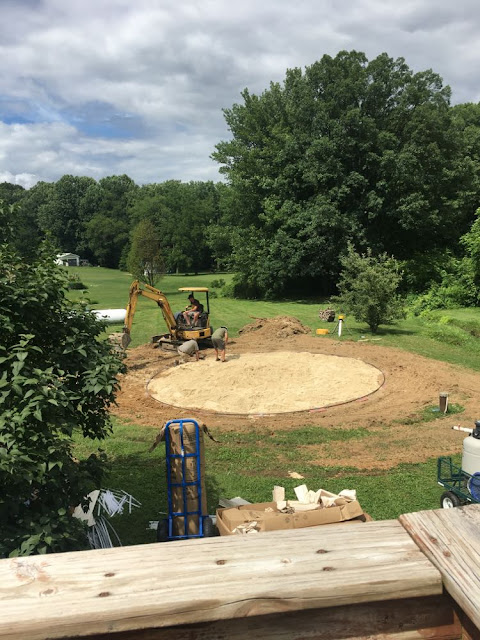 Just as a reminder, my parents had a pool at their house and in the autumn of 2019 had taken their pool down because it was old and leaking and they were concerned it would burst. They planned to buy a new pool in the spring of 2020, but the high demand for pools due to lock downs, the pool they purchased was not delivered until November of 2020. Because it was late autumn they planned to put it up in the spring of 2021. It never happened.  By then we were talking of having my parents come live here with us. My parents brought the pool with them.
Having a pool takes time and money. It takes constant maintenance of the chemicals, and vacuuming of the algae that wants to grow! Tim is not sure its worth the work, though he does enjoy getting in at the end of a hot day of work! 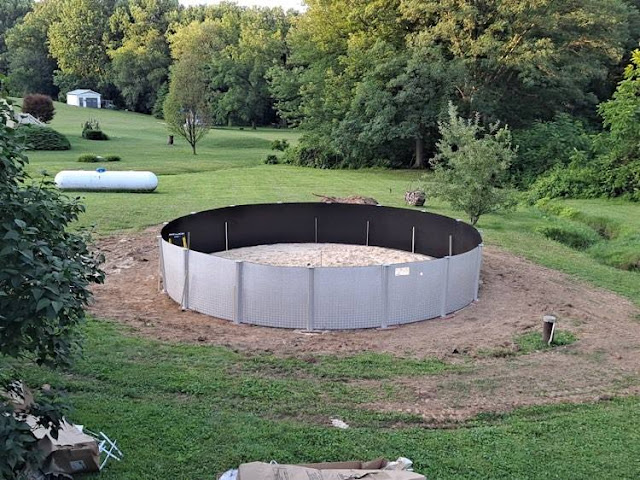 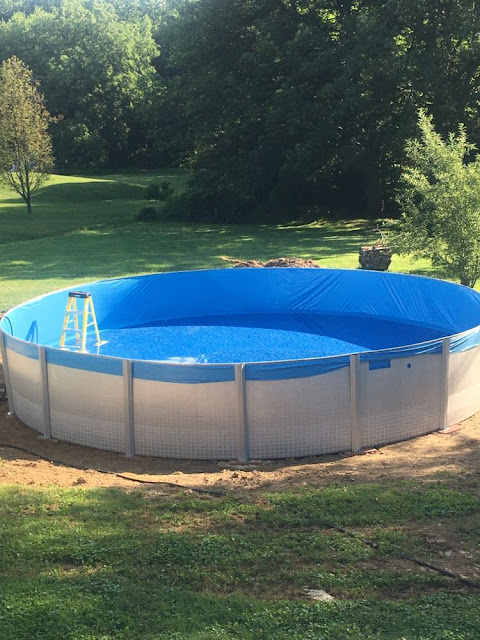 This doesn't happen a lot, but it's fun when it does. The grands love the pool and Kamryn and Klaire at lease swim just about every week. 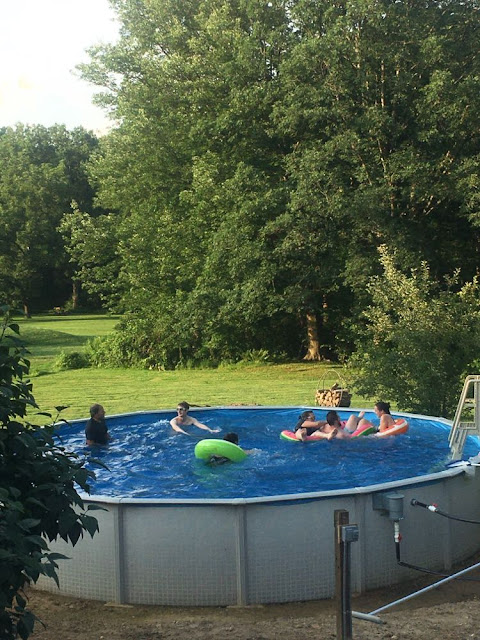 In order to make the pool easier to access, Tim and Kyle built this deck. It's taken almost two months to get it finished, because it had to be worked on in Tim's 'spare' time. 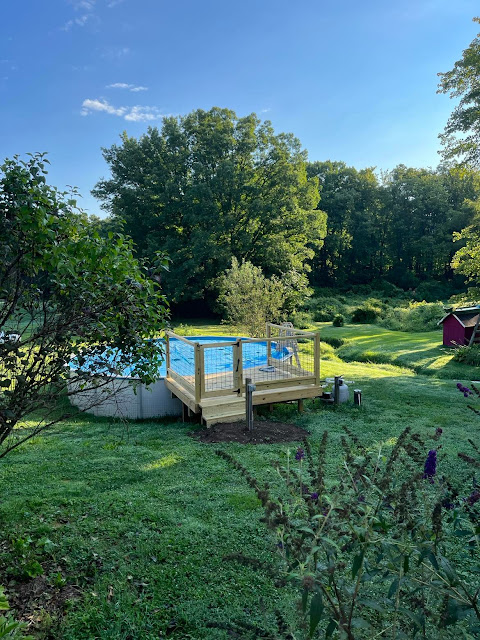 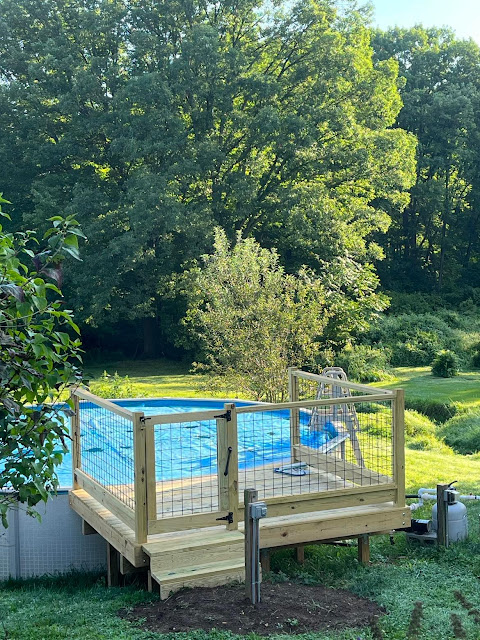 We are waiting on the inspector to sign off on it. The post with the electrical outlet is going to be removed and the outlet will be attached to the deck. Once the approval is given Tim will attach a ladder from the deck into the pool. We will remove the other ladder, and likely sell it on FB marketplace.
Didn't they do a great job on the deck? We wanted to be able to see through the deck since it was put on this side of the pool for ease of access. I love how it looks. I'm grateful for their hard work.
at August 24, 2022

Email ThisBlogThis!Share to TwitterShare to FacebookShare to Pinterest
Labels: pool 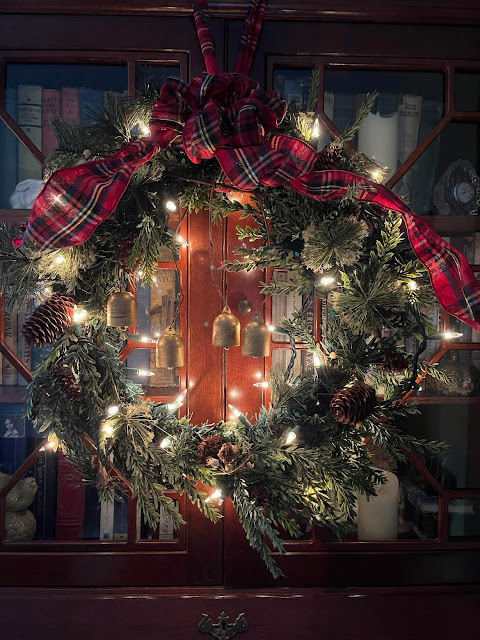